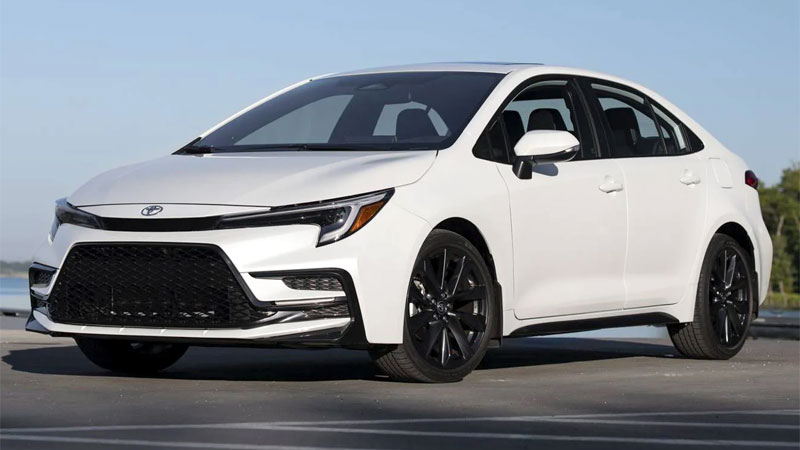 There’s something so satisfying about the performance of fresh wiper blades when you put them on your Toyota Corolla. New wiper blades help keep your windshield clean and dry so that you can always see what’s ahead of you while you’re driving.

To maintain this performance, you’ll want to replace your wiper blades at least once a year, although every six months is better. To help you begin this replacement cycle, you can use the chart on this page to find the right wiper blades for your Corolla. After that, you’ll be able to drive safely in any weather.

About the Toyota Corolla

Aside from new styling, one major update to the current Corolla is that it is available as both a sedan and a hatchback. For drivers looking for a little extra storage space and a different Corolla style, the hatchback offers a welcome change.

Under the hood of all new Corollas, both sedan and hatchback, there is a 2.0-liter engine producing 169 horsepower. As with previous Corollas, this isn’t the most exhilarating engine on the market, but it is the one that will still be operating many years from now.

As if the Corolla weren’t already popular enough, many of its competitors have recently voluntarily left the market due to low sales. Cars like the Chevrolet Cruze, Ford Focus, and Dodge Dart all tried to eat away at the reign of the Corolla but were all eventually abandoned by their manufacturers in favor of small SUVs.