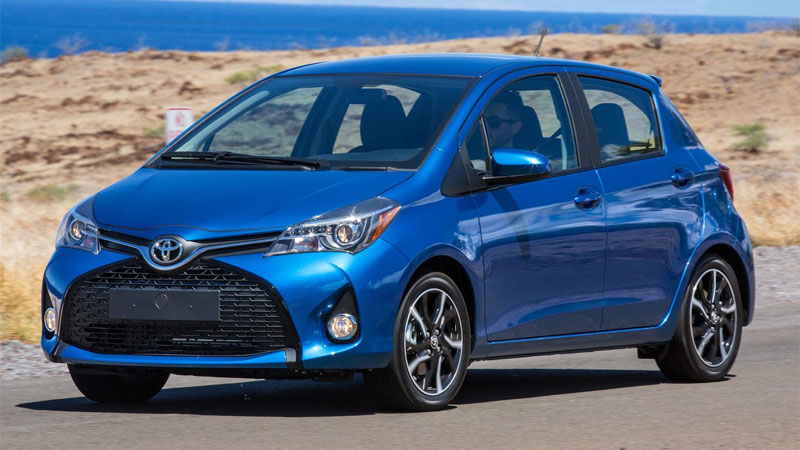 For the most part, it’s easy to ignore bad wiper blades. That is, at least, until any type of precipitation falls from the sky while you’re driving. Then, you’ll quickly notice that the bad wiper blades on your Toyota Yaris are actually making your view worse instead of better.

Fortunately, adding new wiper blades to your vehicle is one of the simplest repair projects that you can tackle. In fact, it’s almost easier to install new wiper blades than it is to fill your car up with gas. Just be sure you buy the correct size of wiper blades, and you’ll be good to go.

About the Toyota Yaris

Since its introduction in 1999, the Toyota Yaris has been the “baby” of the Toyota lineup. Considered a subcompact car, the Yaris has long appealed to those who are more concerned with fuel economy than cargo space. Owing to its small size, the Yaris is available as a three-door hatchback alongside its slightly larger sedan counterpart.

The most recent Yaris vehicles were actually slightly modified Mazda2 cars. Nevertheless, the interior refinements of the Toyota Yaris made it popular among first-time car buyers and people living in cities where parking spots are few and far between.

Although Toyota stopped selling the Yaris in many markets in 2020, it’s still quite popular as a used vehicle.

When it was sold new, the Toyota Yaris had quite a few competitors in the subcompact category. These included the Honda Fit, Ford Fiesta, and Kia Rio, among others. With the rise of the small SUV, all of these vehicles have since been discontinued by their respective manufacturers.

The Yaris is well-liked by drivers because it is built to be simple. This means that it tends to be quite reliable and is inexpensive to repair when it does have a problem. For its excellent interior and overall practicality, the Toyota Yaris won the Car and Driver Editors’ Choice Award in 2019, a prestigious honor, especially for such a small car.

If you’re wanting to save some pain at the pump and still have a car that’s fun to drive, the Toyota Yaris is a great starting point.