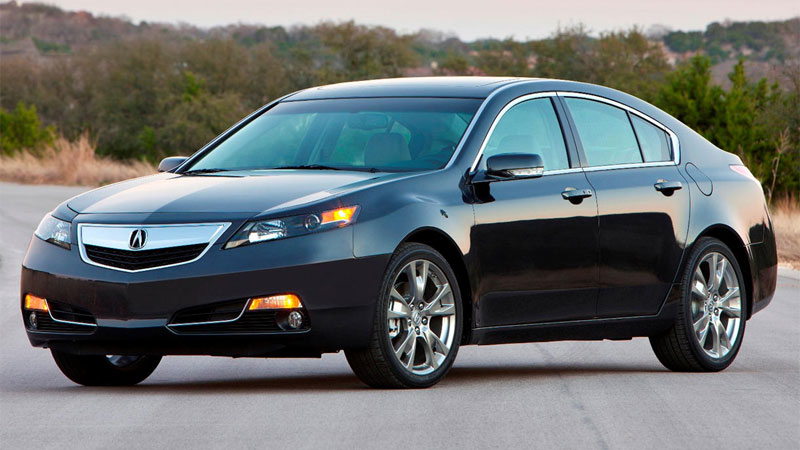 Don’t let driving become a dangerous activity when it’s raining. Instead, make sure to always keep fresh wiper blades on your Acura TL so that you can take on any amount of rain with ease. If you settle for old wiper blades, you might find that they make things worse when you’re driving in the rain.

Replacing your vehicle’s wiper blades is as simple as popping off the old pair and popping on a new pair of the same size. If you don’t know what size of wiper blades your Acura TL takes, you can check out the chart on this page for assistance.

About the Acura TL

Once second in the nation for luxury sedan sales, the Acura TL was last produced in 2014. In its fourth and last generation, the Acura TL had options for a 280- or 305-horsepower V6 engine. One unique option available on the TL was an all-wheel-drive system to provide enhanced handling in difficult driving conditions.

Additionally, the last generation of the TL offered a six-speed manual transmission to offer serious thrills for driving enthusiasts.

After a 2012 refresh, the Acura TL earned a Top Safety Pick award from the Insurance Institute for Highway Safety. This is thanks to its “Good” rating across all five crash test categories. Due to its exceptional safety record, ample interior space, and excellent performance, the Acura TL also earned a “Best Cars for Families” award from U.S. News and World Report.

The Acura TL has always had plenty of similar vehicles competing against it. Some examples of these similar vehicles include the Honda Accord, Lexus GS 350, Infiniti G37, BMW 528, and the Lexus IS 350. Owing to its status as a Honda-designed vehicle, the Acura TL stands apart from these competitors due to its exceptional reliability. This quality helps to make the Acura TL more affordable to own over its lifespan.

Despite its designation as a luxury sedan, the Acura TL remains most popular with driving enthusiasts and street racers. This is because of its powerful V6 engine. Since most vehicles today only have four-cylinder engines, the Acura TL is truly a joy for anyone who enjoys hitting the open road with some power under the hood.