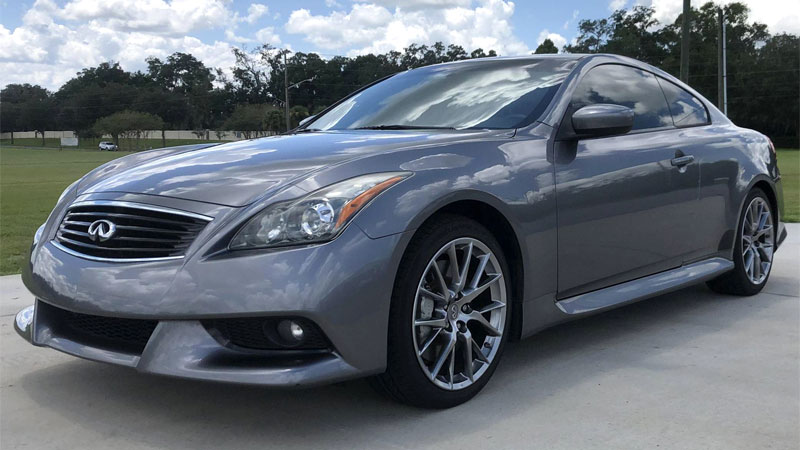 Driving through the rain can be treacherous due to slick roads and inattentive drivers. Don’t make your commute more hazardous by driving in your Infiniti G37 with worn-out wiper blades. Whether you’re dealing with snow, rain, or sleet, old wiper blades make the task much more difficult.

Fortunately, with the sizing guide on this page, you’ll be able to quickly and easily find the correct wiper blades for your G37. Just find the model year, and you’ll discover great wiper blades in the correct sizes to ensure you have a clear view of what’s ahead of you when you leave home.

About the Infiniti G37

Appearing at various times as a sedan, coupe, and convertible, the Infiniti G37 first made its appearance in 2009. This vehicle, part of the Infiniti G-Series family of vehicles, is officially considered a compact executive car. While it isn’t Infiniti’s largest vehicle, it is certainly one of its most stylish.

The Infiniti G37 replaced another G-series vehicle: the G35. The biggest upgrade from the G35 was the G37’s 3.7-liter V6 engine with 328 horsepower. Thanks to its exceptional design and refinement, the engine in the G37 is noted for having smooth and reliable operation, two things that Infiniti buyers look for when buying a vehicle.

Other vehicles similar to the Infiniti G37 include the Subaru WRX, Hyundai Genesis, BMW 335, Lexus IS 350, and Acura TSX. One feature that helps the G37 stand out compared to some of the other models is the G37’s option to include a 6-speed manual transmission instead of an automatic transmission. This, along with other driver-centric features, make the G37 a favorite among serious driving enthusiasts.

Also notable on the Infiniti G37 is its significant amount of storage space. In both the trunk and cabin, there are countless unique storage solutions to ensure that drivers and passengers can carry everything they need for both short and long trips. Drivers also appreciate the G37’s 5-star crash test rating from the NHTSA.

Although the G37 went away after the 2014 model year, this great vehicle lives on as a solid option in the pre-owned market. If you’re looking for a luxury vehicle that can perform, the Infiniti G37 is a great place to start.