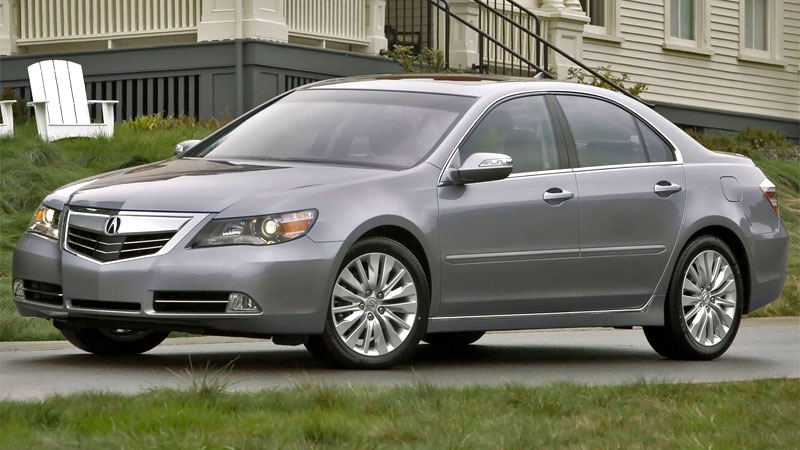 Driving in inclement weather can be dangerous, even if your vehicle is functioning perfectly. It’s important that you do not make it riskier by driving your Acura RL with worn-out wiper blades. Over time, the rubber in your wiper blades can break down and crack. This causes streaks of moisture to remain on your windshield after every wiper cycle.

The wiper blades in the chart on this page are designed to fit your Acura perfectly. Undersized or oversized wiper blades can be just as dangerous as old wiper blades, so it’s important to choose the correct size to provide the highest level of safety.

About the Acura RL

While many model names of luxury cars don’t last that long, the Acura RL lasted in production for over 17 years, finally ending its run in 2012. As the flagship mid-size luxury sedan of the Acura line, the RL was one of the most popular cars that Acura sold and is still one of the more popular used Acura models today.

Although it only had two generations during its lifetime, the Acura RL saw many updates during its second generation that helped keep it relevant. One thing that stayed consistent, though, was the RL’s 290-horsepower engine. Plus, as with all Acura models, the RL was consistently reliable thanks to the Honda engine and drivetrain engineering that went into every vehicle.

The RL’s available all-wheel-drive system was innovative in how it shifted power from front to back and side to side to ensure maximum grip at all times. This, along with the RL’s wide stance, made it well-known for good all-weather handling. Good handling is one main feature that helps the Acura RL stand out from other pre-owned competitors, including the Toyota Avalon, Lexus IS 250c, Honda Accord, and Infiniti M35x.

On the inside of the Acura RL is an interior that has weathered the test of time fairly well. With a large infotainment screen front-and-center in later models, it’s easy to feel as though you’re driving a much newer car. For refined luxury that comes with impeccable reliability, it’s hard to go wrong with the Acura RL.