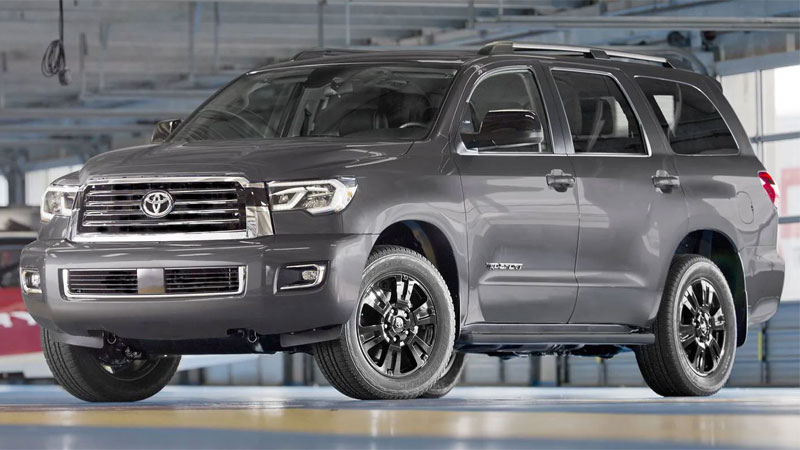 Fortunately, it’s pretty easy to know when it’s time to replace your wiper blades. Old wiper blades will start to bounce across your windshield and cause a loud squeaking sound as they drag across the glass. Replacing your wiper blades only takes a few minutes and is an easy do-it-yourself project.

To make sure you purchase the correct size wiper blades for your Sequoia, use the chart below.

About the Toyota Sequoia

A newer arrival to the full-size SUV market, the Toyota Sequoia was first available for sale in 2001. Already on its third generation, the Sequoia continues to receive major upgrades, including a standard twin-turbo V6 engine and an impressive towing capacity of up to 9,520 pounds.

Part of what gives the Sequoia its impressive strength is the fact that the SUV is based on the frame of the Toyota Tundra pickup. Thus, you’re essentially getting the capabilities of a truck with the comfort and passenger capacity of an SUV. This impressive set of capabilities pits the Toyota Sequoia against other full-size SUVs, including the Ford Expedition, Chevrolet Tahoe, GMC Yukon, and Nissan Armada.

Of these competitors, the Sequoia ranks highly for long-term reliability. It also distinguishes itself because of its selectable four-wheel-drive driving modes. Another useful feature you’ll find on the Sequoia is available self-leveling LED headlights. These headlights ensure that the headlight beam stays focused where it’s needed most.

A major distinction that the Toyota Sequoia enjoys is that it is one of only two full-size SUVs that Consumer Reports recommends to buyers. Especially with its redesign, the Sequoia puts the passenger experience first. Coupled with Toyota’s legendary reliability, it’s easy to see why buyers looking for a full-size SUV love the Toyota Sequoia.

Important: For the rear wiper blade of 2008-2022 Sequoias, it’s highly recommended to use the OEM blade (LINK) which includes the integrated stopper.