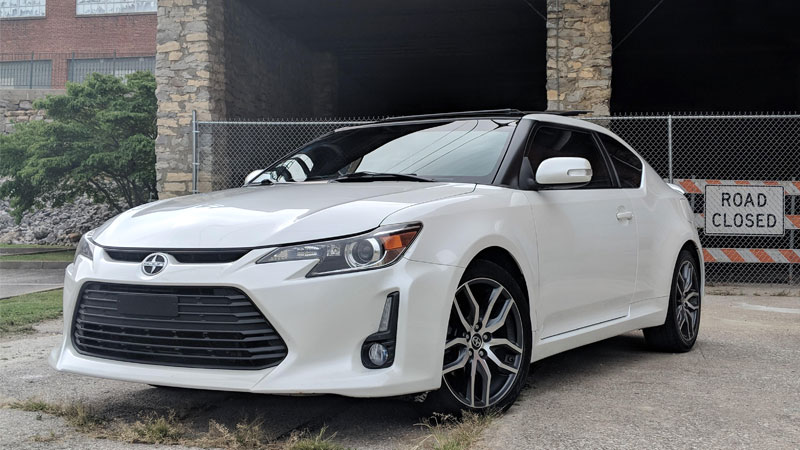 Windshield wiper blades are often a forgotten part of your maintenance routine. The worst time to realize your wiper blades need replacement is when they begin to fail. Once the blades streak, or worse start to scratch, new blades are overdue. Even in light rain, your view of the road becomes obscured.

A visual inspection should show very little wear. Well-made and durable blades are critical for driving safety. Manufacturers make recommendations that optimize a blade’s ability to make a clean sweep every time.

Easy to install, accurately sized blades should be changed before wear and tear are evident and the chart below will make sure you get the correct size windshield wiper blades for your Scion tC.

About the Toyota Scion tC

The Scion Touring Coupe (tC) was in production from 2004 to 2016. Assembled by Toyota in Japan, this compact car came to the United States in the 2005 model year. Five years later, the second-generation model began sales in Canada.

Starting in 2011, Scion tC sales went worldwide. Of the several Scion versions produced, the touring coupe was the most popular, constituting 40% of sales.

Toyota marketed the first-generation Scion Touring Coupe in 2004 as a successor of the Celica models. The successor second-generation tC, debuted in 2010. With the intent of attracting millennials, standard equipment included air conditioning, a 160-watt sound system, a CD player, keyless entry, four-wheel disk brakes, alloy wheels and a sunroof.

Overall, the Scion tC is stepped in Toyota traditions and can be seen as a generationally transitional model. Consumers were ready for changes in performance, safety, style and value. The Scion Touring Coupe is sure to become a classic – Toyota delivered.