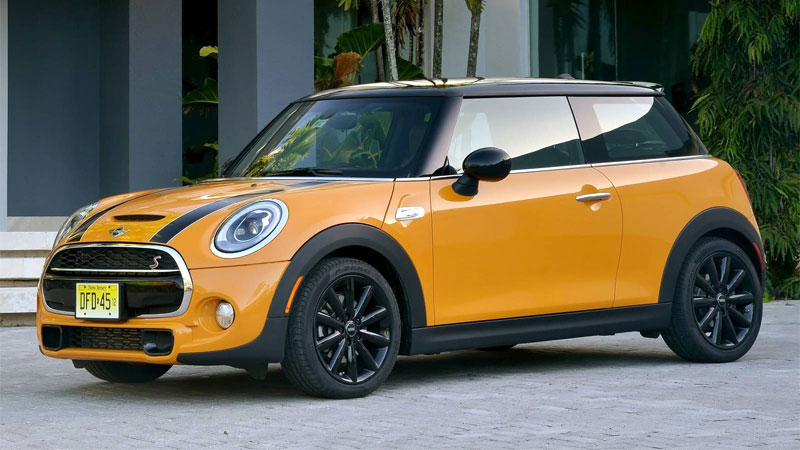 Since water is clear, it seems like you should be able to see through rainwater as it’s flowing down the windshield on your MINI Cooper. However, that’s just not the case. In fact, driving with rain or any other type of precipitation on your windshield can quickly lead to an accident.

Maintaining visibility is the main reason why it’s important to keep fresh wiper blades on your vehicle at all times. If you’re having difficulty finding good wiper blades that will actually fit your MINI, you can use the chart on this page to find exactly what you need.

About the MINI Cooper

If you first saw a MINI Cooper in the 2003 film “The Italian Job,” it probably seems like the popularity of this vehicle came out of nowhere. The truth is, though, that the MINI Cooper you can buy today has roots that stretch all the way back to 1959. Today’s MINI Coopers are designed and built by BMW, explaining the performance that most people associate with the brand.

Although the MINI Cooper typically refers to the two-door supermini hatchback cars whose design harkens back to the original MINI, there are other models that occasionally carry the “Cooper” designation, including the MINI Clubman and Countryman. The two-door hatchback was first released in its modern form in 2001 and is now in its third generation.

While the MINI Cooper is quite unique, vehicles that are somewhat similar include the BMW 2 Series, Audi A3, Honda Fit, Fiat 500, and Hyundai Veloster N. Beyond a major dose of nostalgia, the main quality that sets the MINI Cooper apart is its peppiness.

With up to 228 horsepower under the hood in a small frame, the MINI Cooper has some serious get-up-and-go. Plus, you can still find new MINI Coopers with a manual transmission, allowing you to get even more punch out of the engine.

The MINI Cooper continually performs well in its class, earning awards that include J.D. Power’s Highest Ranked Compact Sporty Car in Initial Quality award. If you’re looking for serious performance that’s hard to find in today’s vehicles, the MINI Cooper is ready to be your new best friend.