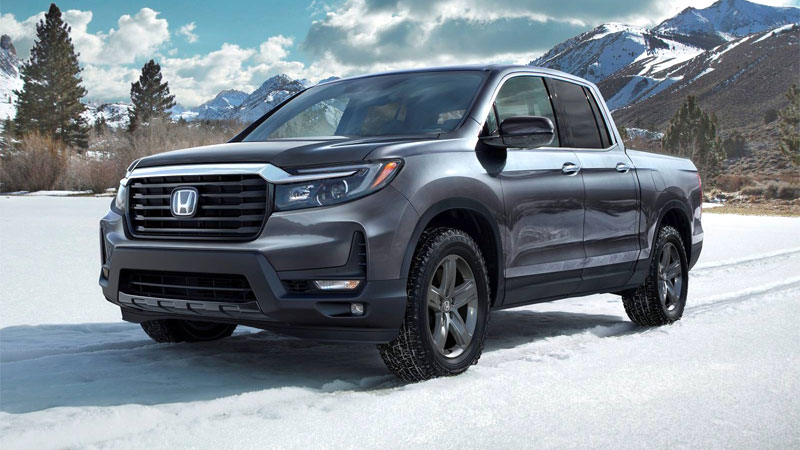 When driving a truck, mud, sand, debris and snow can be thrown against your windshield. These types of abrasive materials can damage your wipers as they clear your windshield.

Small cracks, divots and tears can develop that reduce the wiper-to-windshield surface contact. Windshield wipers can also warp over time and these happenings result in reduced road and trail vision.

Finding the correct size wipers that are easy to install can be challenging. This chart below for the Honda Ridgeline should be helpful.

About the Honda Ridgeline

The Honda Ridgeline was first introduced for the 2006 model year. Honda produced the first generation of this mid-sized pick-up truck until 2014. The Ridgeline took a break until the second generation was sold for the 2017 model year. That year, the Ridgeline was redesigned into more traditional pick-up styling. It had the option of FWD or AWD, offered multi-zone climate control and more.

The Ridgeline has become a great work and everyday use truck. With comfortable, upscale and modern seating for up to five people, no one gets left behind. Honda makes a tough truck with a scratch resistant bed and three traction modes to adjust for mud, sand or snow.

Owners have come to appreciate the innovative cargo accessories in the Ridgeline. The bed extender gives an additional 16-inches of bed space for those longer items. To keep things from rolling around, there is a cargo net for smaller items, such as kid’s sporting gear. There are also in-bed cargo dividers to keep things organized.

Other trucks in the class include the Chevrolet Colorado, Ford Ranger and Toyota Tacoma.