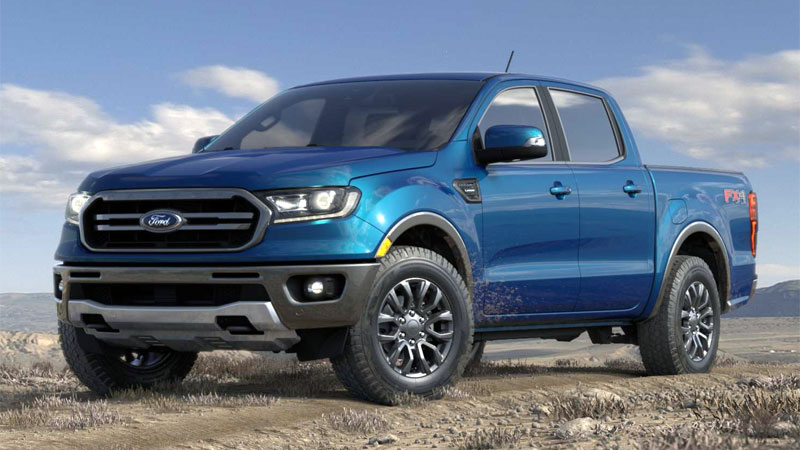 If you ever experience problems with your wiper blades, it’s a good idea to check and see if the blades are dirty before trying to replace them. However, if your Ford Ranger’s wiper blades are more than a few months old and you’re having problems, it’s likely time for a new pair.

The good news is that quality wiper blades don’t have to be costly or difficult to find. By using the chart on this page, you’ll be able to quickly find the exact size wiper blades you need so that you can move on to other important vehicle maintenance tasks.

About the Ford Ranger

The original Ford Ranger could have also been called “the little engine that could.” Its smaller size, especially when compared to other Ford trucks, made it popular with drivers who needed to haul items occasionally but didn’t want to commit to a full-size truck experience.

The first Ranger, released in 1983 and produced until 2012, was considered a compact pickup. Competitors that were similarly sized were the Mazda B-Series, Isuzu I-Series, and the Toyota T100.

Today’s Ranger falls into the midsize truck category, competing against the Chevrolet Colorado, Toyota Tacoma, Honda Ridgeline, and GMC Canyon. During its original run, the Ranger was popular because it was one of the few compact trucks from an American manufacturer and was marketed alongside its larger Ford counterparts.

There was a lot of buzz surrounding the re-launch of the Ford Ranger in 2019. This truck is sold in two variants: SuperCab and SuperCrew. The difference between the two is the size of the doors for rear-seat occupants. Its 270-horsepower engine allows it to have plenty of towing and hauling power while still remaining nimble and quick.

Thanks to its versatility, the Ford Ranger has won the What Car? Truck of the Year Award for multiple years in a row. Its durability has earned it a Five-Year Cost-to-Own Award from Kelley Blue Book. All of this is on top of outstanding crash test ratings, making it easy to see why the Ford Ranger continues to grow in popularity.

If you’re looking for a capable truck that’s easy to drive, look no further than the Ford Ranger.